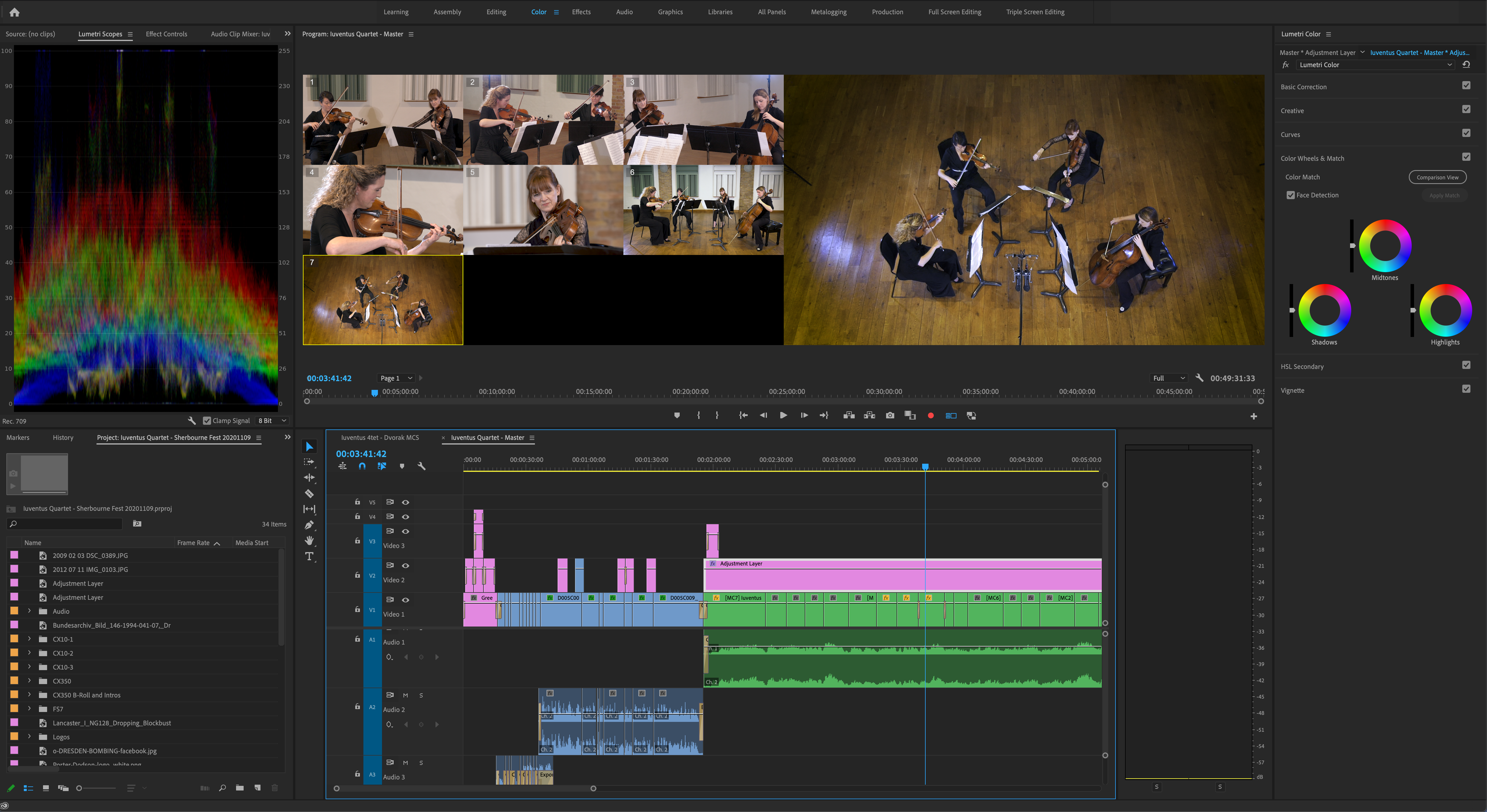 Classical Media provides a full range of audio and video post-production services for classical music and spoken word.  With more than 30 years of experience of editing, restoring and mixing audio for CDs, video soundtracks, audiobooks and radio productions we are ready for any challenge you might bring to us! 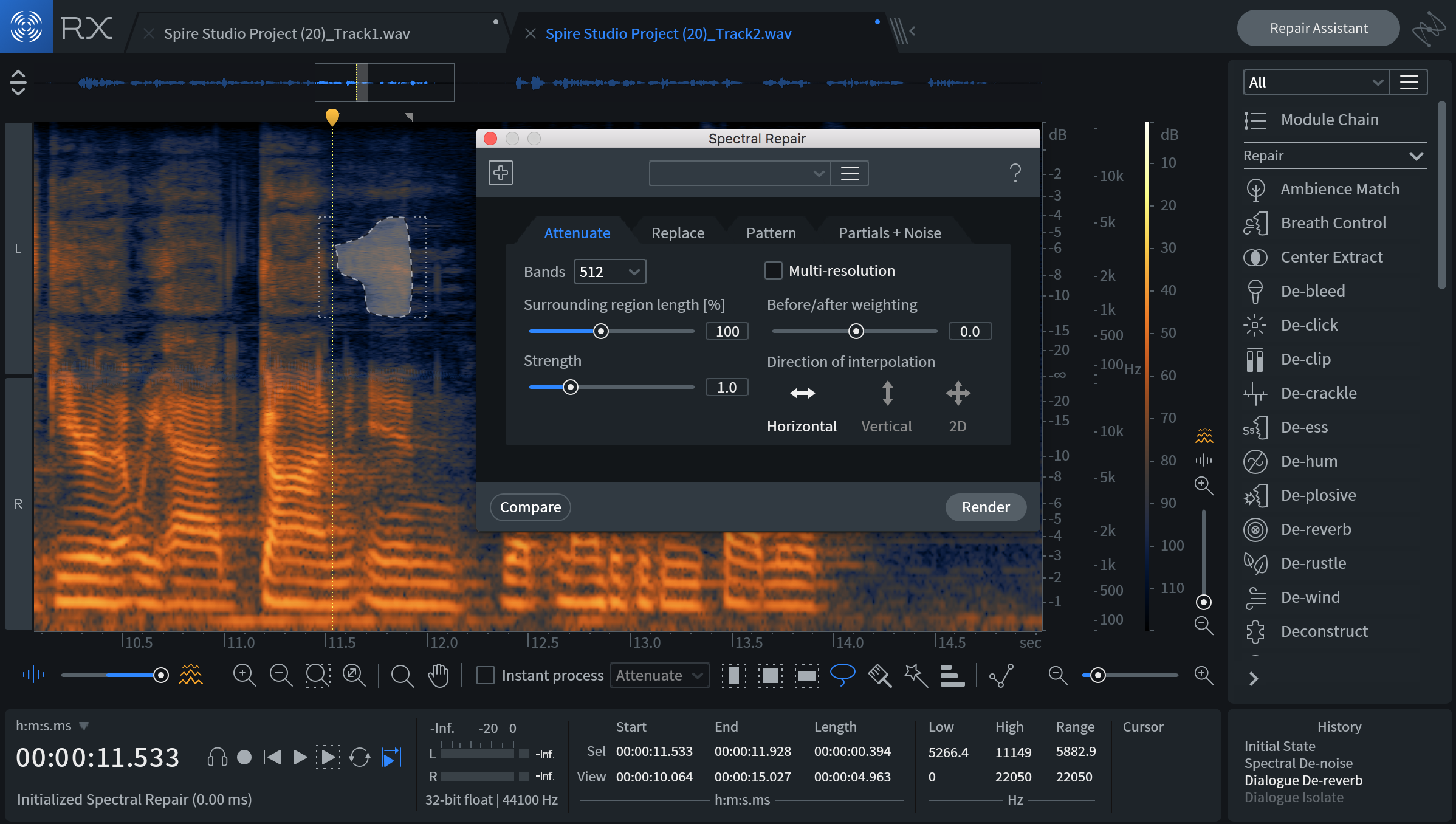 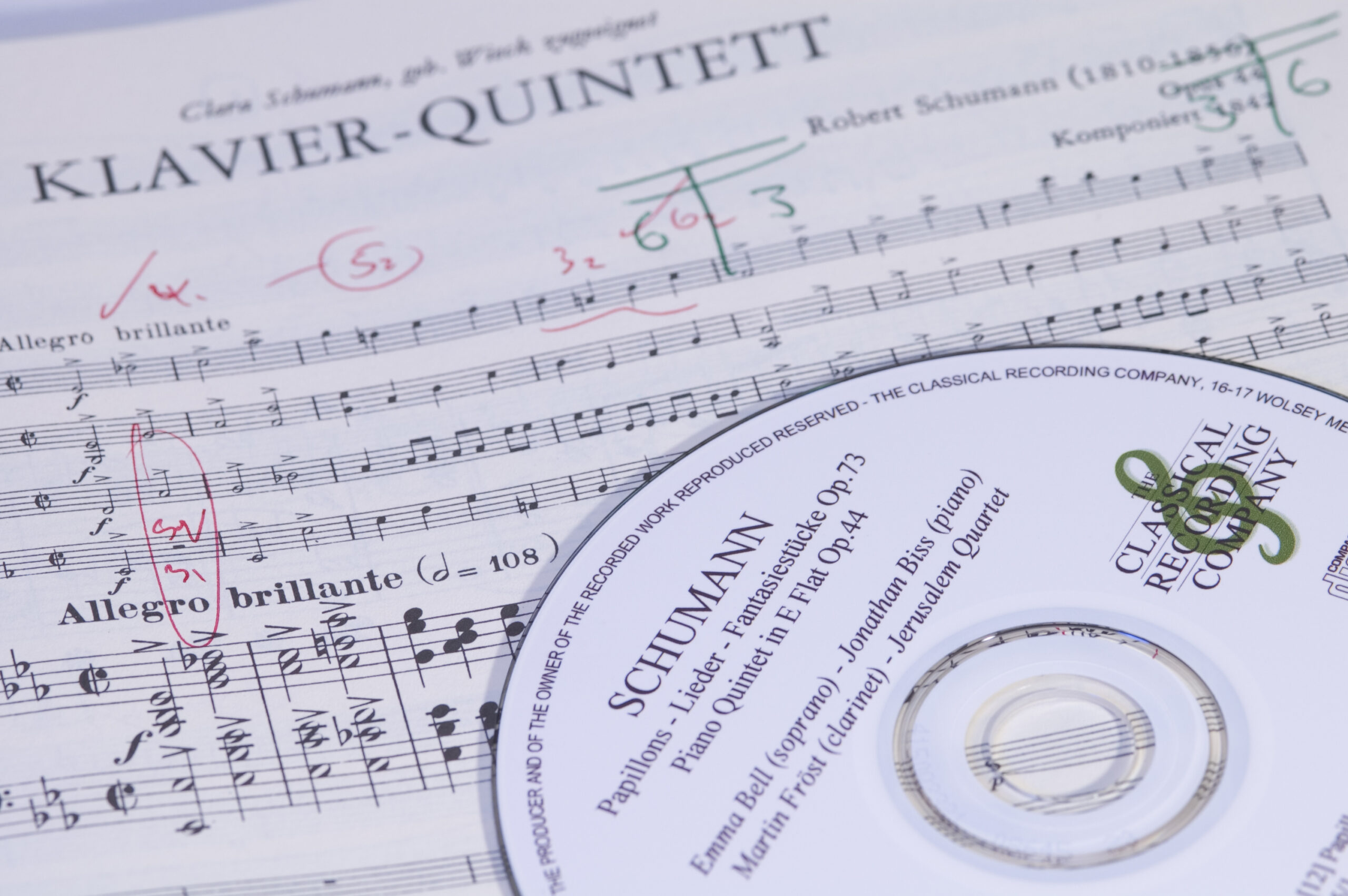 Music editing is the process of joining together the takes recorded during the recording sessions in a convincing and pleasing way. Digital editing has revolutionised the post-production of music by allowing a degree of precision and creativity that was once impossible.

In a digital editor, the recordings are stored on a computer hard-drive, and the software allows sections of different parts of the recording (different takes) to be joined together. Differing options can be quickly and repeatedly compared, and because the whole process is entirely nondestructive, edits and takes can be moved and changed as much as is felt necessary. Gone are the days of physically splicing tape and throwing the ‘out takes’ into the dustbin.

A good music editor needs to possess highly attuned hearing, well accustomed to spotting poor edits, a fine score-reading ability, and a good dose of musical sensitivity.  Also crucial to the editing process is the relationship between the editor and producer.  Sometimes this will in fact be the same person; when it’s not, it’s important that the editor understands the producer’s markings and intentions.

With the flexibility and possibilities offered by digital editing, it is important not to edit all the musicality out!  We believe that good music editing should show the best of a performer, whilst not losing the sense of the piece of music being performed. How this is best achieved varies from performer to performer, with the intended purpose of the project, and with the repertoire. We try to remain flexible and sensitive to those needs.

The usual chain of events is that some time after the recording sessions, the music editor creates a ‘first edit’, picking the best takes he/she can find, following the instructions and score-markings provided by the producer. Artistes are then sent links to this first edit, and asked for their feedback. (In larger groups such as a choir, usually only the conductor, accompanist and any soloists would be sent links to online listening copies).

With the points from the first edit in mind, artistes are usually then invited to attend a second edit, in which further options and improvements may be investigated. Sometimes it will be felt necessary to create further listening copies, but often by the end of the second edit, the musical side is complete.

Many projects then undergo a ‘beauty edit’ where, using the unprecedented power of CEDAR ReTouch and iZotope RX, extraneous noises (such as clicks, creaks, even page turns) can be removed or suppressed. By reducing the distraction of these extraneous noises, we allow the listener to concentrate more on the musical performance.

Many recordings will be made at a higher resolution than that in which they will ultimately be released. Be it longer word-length, higher sampling rate or both, we always edit at the higher resolution, only making the change down at the mastering stage.

The majority of music editing is stereo, but the same principles apply to multi-channel editing, e.g. for 5.1 surround sound.

Cedar ReTouch and iZotope RX are revolutionary in the way that they present information about the audio, and in the manipulations they allow.

These programs take audio restoration to a new level because they can be used to identify and remedy problems which are difficult or impossible to deal with in any other way. Clicks, pops, swish and dropouts can be reduced, pitch changes can be corrected, individual harmonics can be manipulated, and even clipping-type distortion can be removed.

They are extremely good at eliminating or suppressing a whole host of other distracting noises, such as clicks, creaks, thumps, coughs, page turns. This can be very useful for live recordings, especially if the recording is to be released on CD but it also means that session takes that would have otherwise been rejected for “noises off” can be ReTouched and used in the edit.

In addition, Cedar ReTouch and iZotope RX can be used in a more creative way, to make spot improvements of ensemble or chord tuning. Whilst we wouldn’t do this routinely, it can help to save an otherwise good take, which in the past might instead have been exchanged for a less interesting but more ‘correct’ take.

In the knowledge of what these programs make possible in post-production, it is often no longer necessary to have so many re-takes for noises off during a session. That annoying piano stool creak during the final chord (we’ve yet to discover the truly silent piano stool!) need no longer spoil an otherwise excellent take. This in turn means more session time concentrating on music-making.

Again the success or otherwise of these processes is partly down to the operator. Neither program is automated, and will simply do what it’s told to, good or bad. Like all ‘restoration’ tools, it is imperative to understand and hear the trade-offs involved, in order to achieve the best sounding result. Here at Classical Media, we have many years of experience using Cedar ReTouch and  iZotope’s RX in a wide variety of applications, some of which may be unique to us. 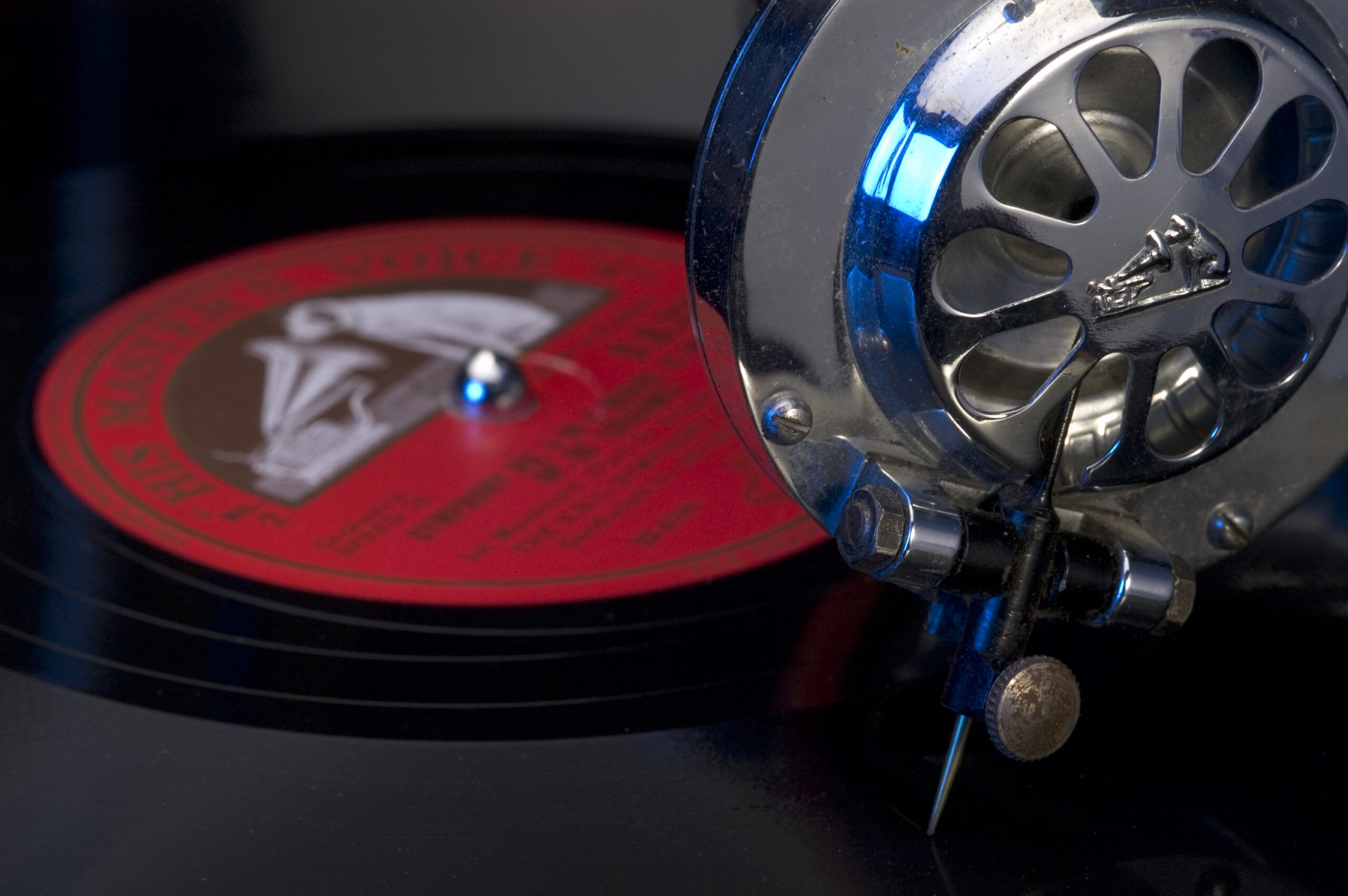 Restoration is improving the subjective quality of a (usually old) recording. This is usually about removing unwanted artefacts, but could also be about changing aspects of the wanted sound.

Typically, recordings that need restoration come from 78rpm discs, 33/45rpm vinyl, or analogue tape (including cassette). However, restoration may also benefit recordings from damaged CDs or DATs, or recordings mangled by some other process, such as mp3, ISDN or POTS (Plain Old Telephone System).

Problems such as clicks, crackle, pops, thumps, hum, hiss, distortion, dropouts and speed variation can all be remedied using a variety of sophisticated software from Cedar, and iZotope.

Most importantly of all, we have a great deal of experience restoring old recordings for CD or online release, for broadcast and for private collections. Much of the skill of restoration is about understanding the trade-offs involved. Although some noises can be removed completely and inaudibly, many processes can produce unnatural sounding artefacts when over-used. Balancing noise-reduction against introduction of artefacts is key to good-sounding restoration, and this balance can vary with the timbre and dynamics of the recording, as well as other things. While modern software tools allow significant reduction of unwanted noises, it’s all too easy to get carried away and mangle a recording with them. 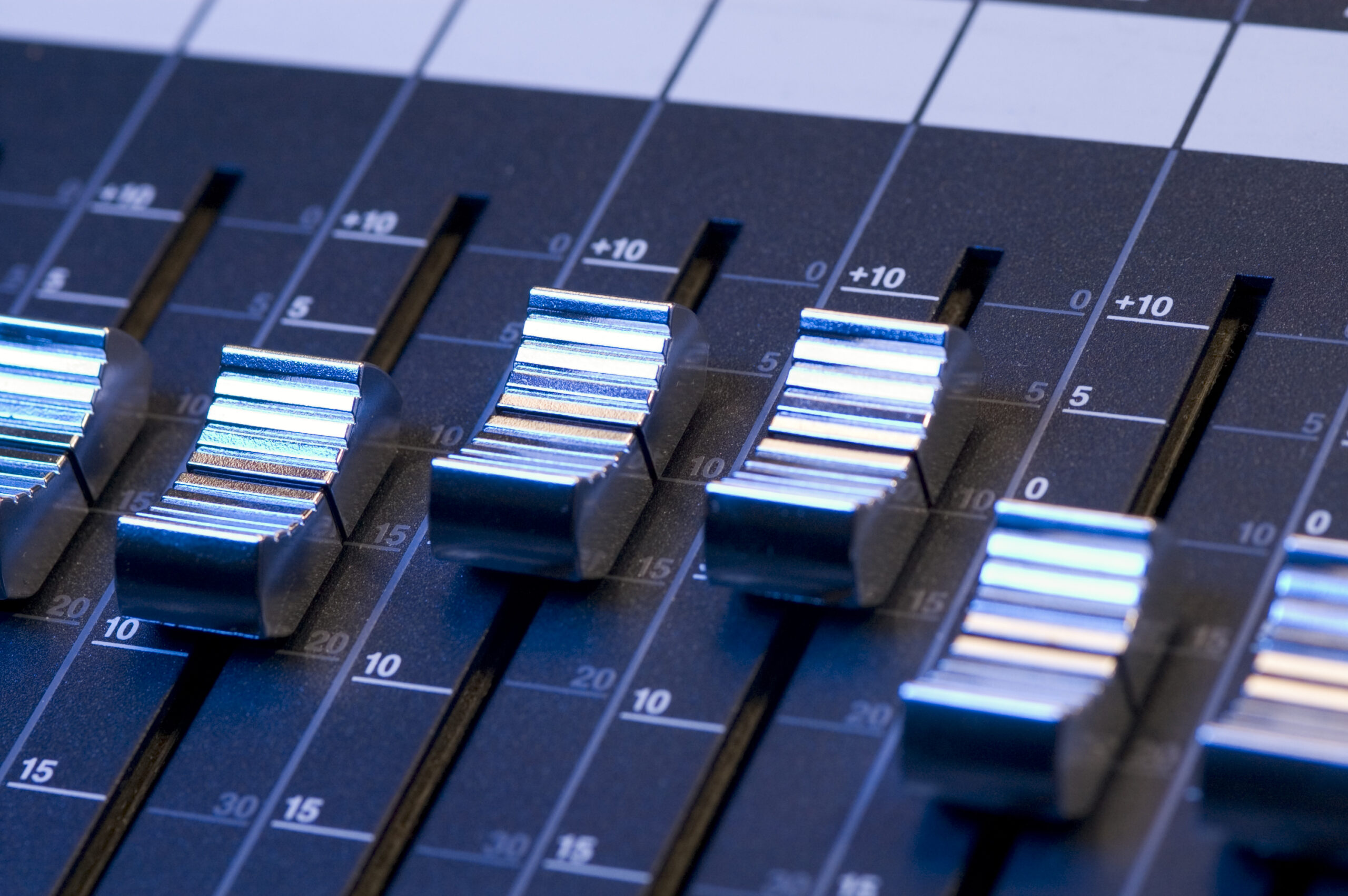 Although much of our work is mixed at the time of recording, many projects benefit from being recorded ‘multitrack’, keeping recording elements separate. These would then be mixed at a later stage. Whilst clearly more time-consuming, this approach can be more flexible, and is particularly useful for complex and/or large-scale recordings (such as staged opera), as well as certain music styles (e.g. cabaret, musical theatre). It would also be necessary if different versions of the same material were ultimately required, e.g. a stereo version and a surround version.

Generally speaking, editing of takes would be done on the multitrack recordings before mixing, and this may be done on either the SADiE or Reaper hard-disc editors.

The final result of mixing may be conventional stereo, multi-channel / surround, or both. As well as Neumann monitors, our editing studio is equipped with a 5.1 Genelec system, laid-out in accordance with ITU BS.775-1.

Mastering is about two things. Firstly it’s about careful listening by an experienced engineer, on  reference-quality loudspeakers in a familiar, acoustically controlled environment. In that way, decisions on sound quality, and any changes felt necessary, may be made with utmost confidence.

Secondly, mastering is about preparing the pre-master to be used for replication or duplication. As well as the audio, this pre-master carries information such as the track start/finish information and barcode. This pre-master needs to be prepared in the way expected by the manufacturing plant, and should be free of faults which would cause problems, which at that stage can be very costly. After listening to a recording in controlled conditions, it may be decided that it would benefit from some EQ (‘equalisation’) to alter the tonal balance, some extra reverberation, or some other process. In addition, it is often possible to remedy some minor blemishes using Cedar Retouch or iZotope RX, resulting in a more polished sounding recording. Lastly there is also the issue of levels. It’s important that the master is made at an appropriate level, which for digital audio (like CD) means that it should peak just below the maximum possible (0dBFS). More obvious to the listener is the average level, which depends on the dynamic range of the music. In many cases it’s best to leave the listener to enjoy the full dynamic range in a natural way. There are times, however, when an excessively low average level needs to be raised, which means that the dynamic range must be controlled. Whether this is achieved manually (‘over-controlling’) or automatically (compression) will depend on the dynamic nature of the recording, and the subjective effects of these processes. When done subtly and sympathetically, very few need be aware of an ‘invisible hand’ exerting some control over levels.

The position of track markers is contained in the ‘PQ’ subcode, and this information is added at the mastering stage, along with a barcode and the International Standard Recording Code (ISRC) for each track, where appropriate.

With most releases now being made available online as well as in physical form, an extra stage has now been introduced to ensure that when the master files are converted to their compressed format (AAC or MP3) for delivery by iTunes or other digital download / streaming platforms, levels are maintained within peak limits.  This process is known as MFiT or Mastered for iTunes and Classical Media is an approved MFiT supplier to Apple.

Recordings of a higher resolution than the release format (which for CD is 44.1kHz/16-bit) are processed at the mastering stage, with noise-shaped dither applied following re-quantisation for optimum performance.

We can prepare physical pre-masters in several ways, the most common of which is a DDP fileset which can be delivered electronically and securely direct to the manufacturing plant.

Working in Adobe Premiere Pro CC we are equipped to handle the most demanding video editing tasks.

Our concert footage arrives as HD or 4k mp4 files which have to be ingested and logged in Adobe Prelude before importing with their proxy files into Premiere Pro. There they are synced by audio or timecode into a multi-camera timeline where they are edited into the finished sequence. The master clips are then graded for exposure and colour and individual clips are adjusted as required. Opening and closing titles are then added as well as lower thirds for repertoire and artist credits.

We regard client branding as an important part of the finished film and always try to incorporate an element of their design style into the graphics. Often this means reworking a 2D logo into an animated 3D design using Adobe After Effects but the results are well worth the effort as can be seen in the example below filmed as a light hearted Christmas special for the Rosehill Theatre in Cumbria.

per day
£400/plus VAT
We use cookies to ensure that we give you the best experience on our website. If you continue to use this site we will assume that you are happy with it.AcceptPrivacy policy